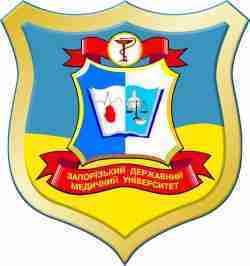 University is a modern, multi-profile higher education institution of the 4th level of accreditation with the right of autonomous management.

The history of Zaporizhzhia State Medical University comes back to the Women Pedagogic Courses organized in Odesa in 1903.

In 1994 the Institute was reorganized into Zaporizhzhia State Medical University of the 4th (the top) level of accreditation, which main task is to provide higher education services at Bachelor, Specialist, and Master levels in medicine and pharmacy for Ukraine and foreign countries.

The university is ranked among the top three state medical educational institutions: as of January 1, 2018, the university employed 808 teachers, including 131 doctors and professors and 483 associate professors and candidates of sciences. Among the scientists of the University, there are a Corresponding Member of the NAS of Ukraine, 46 members of the International Academies of Sciences and International Scientific Societies, seven Honorary Science and Engineering Workers of Ukraine, four State Prize of Ukraine winners, five winners of the Ukrainian Academy of Medical Sciences prize, a winner of the President of Ukraine prize, two winners of the Cabinet of Ministers of Ukraine Prize, six Honored Doctors of Ukraine, five holders of the Cabinet of Minister’s scholarships for young scientists, two holders of the President of Ukraine scholarships for outstanding health workers, two excellent workers in education, two honored coaches, an honored journalist of Ukraine, four masters of sports.

All Applicants are required to send clear scanned copies of the following documents.

Zaporizhzhia State Medical University twice a year before and at the beginning of academic semesters:

the submission of applications and documents – from July 13 till September 11;

entrance examinations – from August 27 till September 10;

enrollment – no later than September 14.

Admissions are open for 2022 Apply Now!