Founded in 1805, Kharkiv National Medical University is one of the leaders of the development and introduction of new medical education technologies in Ukraine. The University is a holder of the State Standard Certificate ISO 9001:2009 (ISO 9001:2008, Independent Developmental Testing), which means that the University implemented and uses a quality management system meeting the requirements of the globally recognized International Organization for Standardization (ISO). In 1951, it was the first medical university in Ukraine to open its doors to foreign students. 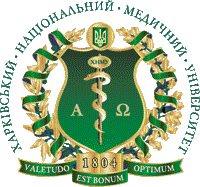 KNMU  is one of the oldest higher educational establishments of Ukraine. Founded in 1805, the University has been training doctors for different countries of Europe, Asia, Africa. Presently more 2100 foreign citizens study at KNMU (Medical / Dentistry / Pharmacy Faculties, and PG course). More than 25,000 international students graduated from KNMU since 1951. it was later renamed to Kharkiv Medical Institute and Kharkiv State Medical University and presently it is known as Kharkiv National Medical University – KNMU.

International students should know that getting into one of the best medical schools in Ukraine is extremely competitive. According to Ukrainian News Media, the Kharkiv National Medical University ranked as the top Ukrainian Government University chosen by foreign medical students, considering main criteria such as prestige, fee structure, a reckoning of deans, residency programs, research activity, funding, and acceptance rates.

International students may study medicine in English or Russian as possible options. Practical training begins from the 3rd year and is arranged at government hospitals and clinics in Kharkiv. Students examine patients, give urgent aid, fill case histories with their subsequent analysis, practice at X-ray rooms, clinical and biochemical laboratories. Among former graduates of the University, there are ministers and members of parliaments in various countries, outstanding scientists and famous specialists who founded their own clinics abroad.

Kharkiv National Medical University Is a member of the international association of universities, registered under UNESCO;