Founded in 1841, in Kyiv, Bogomolets National Medical University is a leading medical educational institution in Ukraine. Bogomolets National Medical University provides training of specialists for practical healthcare at all educational levels. Nowadays, over 14,000 students study at the University. There are over 1500 international students from 67 countries. The university employs about 1200 teaching staff. The international students are instructed in English since 2004. The university includes 10 faculties, 87 chairs, and 2 scientific and research institutions. 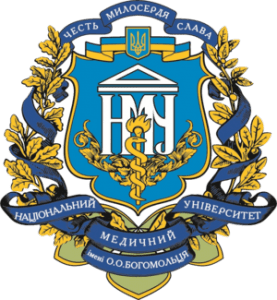 is characterized by a great history and innumerable achievements and a great cultural fusion with students coming from over 53 countries around the globe to pursue their dream career in various fields both at the graduate and post-graduate level offered at the university.

Bogomolets National Medical University is With 12 faculties, 78 departments, more than 1200 scientific and pedagogical professionals including 31 academicians and members of National Academy of Sciences and National Academy of Medical Sciences, 34 academicians of public academies, 42 members of International Organizations and Associations, 99 honored members of Science and technology, 189 Doctors of Sciences, 137 Professors, 720 Candidates of science, 338 Associate Professors, 139 Clinical bases with 8100 beds and 250 thousand patients treated every year and more than 70,000 surgeries conducted every year Bogomolets National Medical University is the first choice for students not only from Ukraine but from countries like Poland, Belarus, Russia, Spain, Hungary, Czech, Turkmenistan, etc. for their career in medicine with limitless education offerings at both undergraduate and Masters Level.

No Deadline for Preparatory Department